Two young doctors form a profound and loving bond in Nazi Germany; a bond that will stretch them to the very limits of human endurance. Catholic Max – whose religious and moral beliefs are in conflict, has been been conscripted to  join the war effort as a medic, despite his hatred of Hitler’s regime. His beloved Erika, a privileged young woman, is herself a product of the Hitler Youth. In spite of their stark differences, Max and Erika defy convention and marry. But when Max is stationed at the fortress city of Breslau, their worst nightmares are realised; his hospital is bombed, he is captured by the Soviet Army and taken to a POW camp in Siberia. Max experiences untold horrors, his one comfort the letters he is allowed to send home: messages that can only contain Fifteen Words. Back in Germany, Erika is struggling to survive and protect their young daughter, finding comfort in the arms of a local carpenter. Worlds apart and with only sparse words for comfort, will they ever find their way back to one another, and will Germany ever find peace?
Fifteen Words is a vivid and intimate portrayal of human love and perseverance, one which illuminates the German experience of the war, which has often been overshadowed by history.

The last bit of the synopsis of this book is what really hooked me in. –

“Fifteen Words is a vivid and intimate portrayal of human love and perseverance, one which illuminates the German experience of the war, which has often been overshadowed by history.”

I think like many when I think of war I always associate Germany is being the bad guys.. that’s how we are taught in school. You just get clean cut facts but you don’t see the real people involved.

What I really liked about this book was how easy it makes you remember not all Germans wanted the wars.. some were forced into service that they really didn’t have the heart to do. Just because they were German doesn’t mean they were a Nazi.

When he’s captured and held as a POW he looks back at the events that led him to where he is.. These thoughts of his wife keeping him going when he could just as easily give up.

At the same time we see Erika dealing with similar emotional struggles as her husband.. he’s been away so long.. is he even alive.

The love they have for each other is strong but temptation comes to both and you can understand why in such a stressful situation.

It really did make me think about what it must have been like, not only for the men/women serving but also those left behind, neither having the full picture but being forced to live their lives.

It’s a real emotional ride for both.. I won’t spoil it for you as a reader but its got ups and downs, twists and turns that really do make your mind work as you see things from different perspectives.

Fifteen words is mentioned a few times and it was amazing to see how much can be conveyed in such a short amount of words.

I must say the twists the author added towards the end really did bring something extra to the tale. Unexpected to say the least but it gave it a wow factor.

These are the type of books I really enjoy, character driven, wonderfully descriptive and written, emotional and thought-provoking. Wonderful.

The book is out today! to find out more head to Goodreads or Amazon.

My thanks go to Athoright for the chance to read/review this book, it was my pleasure. 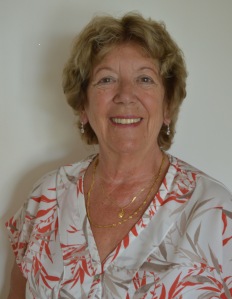 Monika Jephcott Thomas grew up in Dortmund Mengede, north-west Germany. She moved to the UK in 1966, enjoying a thirty year career in education before retraining as a therapist. Along with her partner Jeff she established the Academy of Play & Child Psychotherapy in order to support the twenty per cent of children who have emotional, behavioural, social and mental health problems by using play and the creative Arts. A founder member of Play Therapy UK, Jephcott Thomas was elected President of Play Therapy International in 2002.

Enter a boiling cauldron of danger, adventure, romance, and a touch of island magic:

– Ex-Army Ranger Mike Stiles, haunted by the loss of a comrade in combat, can’t settle into civilian life. When his best friend asks for help to break up a drug-smuggling ring on St. Thomas, Mike rushes to his aid. Mike figures the danger will do him some good.

– Anika Hegner, of Danish heritage, has Jumbee blood in her veins, straight from the Dark Continent. Since childhood, she has delighted in shape shifting to a black cat and scaring the unwary. Now, as she struggles to reconcile her dual heritage, she discovers the added distraction of a taciturn veteran who insists on camping on her family’s abandoned estate.

– Ambitious, young drug lord Santiago Morales is expanding the family business from Puerto Rico to backwater St. Thomas. Smuggling, fast cars, and beautiful women are his passions. To celebrate his arrival on the island, he plans to romance a certain local girl and kill a nosy ex-soldier.

This book follows Mike, who has been asked by his friend to help with an investigation into drug smuggling. They have a background of working together in the Army so you can understand why he would call on him for assistance.

The plot of pretty interesting, good guy arrives, bad guy arrives, it’s cat and mouse.. neither knowing if the other knows they are there. Everything builds up to an explosive ending.

The things I enjoyed about this book had to be the military background; it gave some depth to Mike. Add to this the magic within the story and it made a very intriguing book, the idea Anika can shapeshift was great.

What didn’t work for me were the relationships within the book. Mike tries time and time again to explain to his friend he believes he knows where the drug smugglers are landing but even with their army background together he’s just ignored..

For me the relationship between Anika and Mike that develops just doesn’t work.. it happened way too fast

The main bad guy in this story is Santiago Morales, even though I enjoyed his character he just annoyed me. He kept calling Mike the police agent even when he didn’t know that’s what he was.. Mike was hired outside of the police due to a mole.. for all Morales knew he could have just been camping out.

All in all I enjoyed the plot, it’s a slow burner but enjoyable if you don’t mind characters falling head over heels for each other quickly.

The writing itself was very good and easy to follow; I think I’d quite enjoy another book from this author if it has a little less romance.

My thanks go to the author for the chance to read/review his work.

The Jumbee’s Daughter is out today! To find out more head to Goodreads, Amazon.co.uk or Amazon.com