Meet the MUTANT HUMANOIDS. They may look a little different from us, but inside they’re much the same as you and me. Left on a diseased Earth, they live in windowless compounds, safe from the contaminated wilderness outside. Safe, yes, but their lives are restricted. When the mutant humanoids discover that some complete human beings, COMPLETES, have also survived and are living greatly improved lives on satellites, they determine to rectify this imbalance and claim their share of Earth’s heritage. Three-headed RA rules the humanoids with ruthless precision, but others are involved in a power struggle to depose him. Who will succeed in being the next CEO of Planet Earth? Sixteen -year-old MERCURY plans to start a new life on Oasis. Will it prove the Utopia he expects it to be? ASCENSION, the first novel in Jeannie van Rompaey’s Oasis Series, explores with humour and compassion the way humans respond to change. The future worlds of Earth and Oasis mirror our contemporary society. The division between the haves and have-nots widens and the lust for power leads to corruption. But there are idealists determined to build a fairer, more egalitarian society.

This book follows the lives of the mutant humanoids on earth, who’ve been left behind after a plague has hit the world. It was very interesting idea from the author to say we humans bring on such a plague by how we treat the world we live in.

I found myself thinking throughout this book about the hidden messages within. The author not only touches on how we take our world for granted but also deals with issues such as racism. The author has done well to create a world so similar but so different to our own at the same time.

There are a lot of mythological references throughout the book which I really liked.

The story itself was very interesting, being told from different perspectives. I especially liked Mercury. About half the book relates to him and I enjoyed every bit. He was by far the most developed and the author clearly put some time into the character.

My 3 star rating is mainly due to the fact I was a little confused as to the target market for the book. Some scenes definitely felt more YA but then a few were most certainly adult themed.

The mutant humanoid army was probably the bit I liked the least, their characters being too fickle. I would have liked to see them struggle a bit under their leadership but they were one dimensional following orders blindly. This was the bit that felt very YA to me. Easy reading but it happened too fast.

To be honest this was an enjoyable but thought provoking read. I read it in 3 days thanks to the author’s style of writing, not over complicating things.

I think the author has set herself up nicely for the next book in the series, hinted at things to come. Enough has been given in my opinion to get you to pick up the next book when it’s released. I definitely see more conflict in the next instalment and I look forward to seeing how things play out.

Overall I enjoyed the story and underlying themes throughout give this book a little extra. It’s an interesting world the author has envisaged.. let’s see what happens next

My thanks go to the author and to Authoright for the opportunity to read/review this book and to be part of the blog tour. I appreciate it greatly

The book is available now. Head to Goodreads, Amazon.co.uk or Amazon.com for more details

I was very lucky to be given a little insight to the author and how The Oasis series came about..Enjoy! 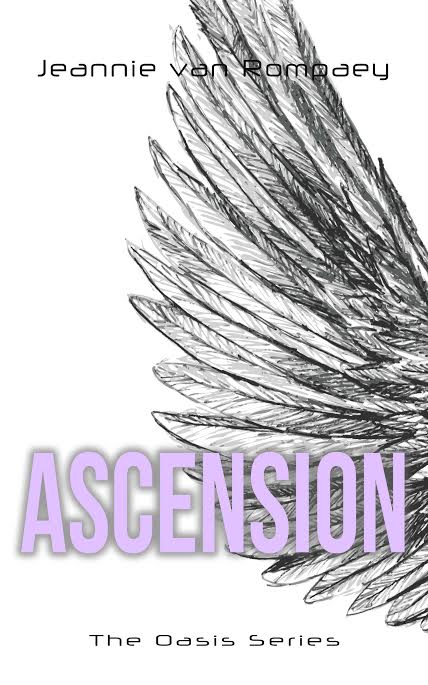 I live on the subtropical island of Gran Canaria with my husband, a historian and artist, and spend most of my time writing novels, short stories, plays and poems. I also paint and TJ and I exhibit our artwork together. My daughter, Anieka, lives in London and we make frequent trips to see her, visit art galleries, go to the theatre and attend literary events. What a wonderful life!

I was brought up in the village of Weston, Northamptonshire, in a thatched cottage with shop attached so that my mother could combine looking after me with earning a living. I hated it when the shop bell rang and she called out to me to answer it and serve the customers. It broke my concentration from the stories I was writing. I’ll certainly never be a shopkeeper but my passion for reading and writing has never faltered.

I tend to be an eternal student. My formal education culminated in receiving an MA in Modern Literature from the University of Leicester in 1996, but I won’t ever stop learning. My career has included teaching, lecturing and running drama and creative writing workshops. I am also a theatre director, actor and voice-over. As Jeannie Russell I am a senior member of the Guild of Drama Adjudicators and adjudicate at drama festivals in the UK and Europe. Next year I’m off to Frankfurt to adjudicate for FEATS – Festival of European Anglophone Theatrical Societies. I’m looking forward to that.

I have four published novels, quite a few short stories and my plays have been produced on the London Fringe.  Themes include the power of creativity, the complexity of relationships and speculations about the future of our planet.

I became interested in writing dystopia because of my concern about the environment and the use of science in contemporary society. I have read several novels about future worlds, including Margaret Atwood’s The Handmaid’s Tale, her trilogy, Oryx and Crake, the Year of The Flood and MaddAddam and Kazuo Ishiguru’s Never Let Me Go. They are both imaginative literary authors who have used their talents to write dystopian fiction. Reading their work inspired me to create my own future world.

Looking up at my painting of a three-headed man hanging over my desk, the character of three-headed Ra was born. He soon became the ruthless CEO of the mutant humanoids living in windowless compounds on a contaminated Earth.

As my novels are character-led, rather than plot-led, it wasn’t long before I was inventing more mutant humanoids to inhabit the claustrophobic worlds inside the compounds, characters who were turned out to be ambitious, determined and resilient.

I imagined another group of survivors, humans without mutations – completes. These lucky ones managed to escape the polluted Earth to live a privileged life on a manmade satellite called Oasis. Given a second chance they construct what they believe to be a perfect world, a utopia.

I could see that there would enough conflict between these two groups in their very different worlds to make a story. The mutant humanoids incarcerated in their compounds on Earth would surely envy or even resent the new life the completes were creating for themselves and want to share it.

That’s how The Oasis Series began. Ascension, Evolution and Renaissance.

I invite you to enter my world. Enjoy!