Today is my stop on the blog tour for Warrior of Woden. Book 5 of The Bernicia Chronicles by Matthew Harffy.

Oswald has reigned over Northumbria for eight years and Beobrand has led the king to ever greater victories. Rewarded for his fealty and prowess in battle, Beobrand is now a wealthy warlord, with a sizable warband. Tales of Beobrand’s fearsome black-shielded warriors and the great treasure he has amassed are told throughout the halls of the land.

Many are the kings who bow to Oswald. And yet there are those who look upon his realm with a covetous eye. And there is one ruler who will never kneel before him.

When Penda of Mercia, the great killer of kings, invades Northumbria, Beobrand is once more called upon to stand in an epic battle where the blood of many will be shed in defence of the kingdom.

But in this climactic clash between the pagan Penda and the Christian Oswald there is much more at stake than sovereignty. This is a battle for the very souls of the people of Albion.

The tour has already started so you can check out the previous stops here :-

I’m going to be honest from the start..this book killed me..my heart feels as shattered as Beobrand’s. So much happens in this book not only to excite you but also to crush you.

This series continues to go from strength to strength and it shows real skill by the author to keep the series going with such exciting plots.

So what is in store this time for Beo? Well war is fast approaching and Oswald must march to stop Penda’s advance.

Lets just say things don’t go the way Beo would like but he does get to show what he’s made of and he certainly makes sure the enemy remember his name.

What this tale really does well is show the growth of Beobrand. He’s older now.. his connection with men stronger but as the book goes on you can really see how events have taken a toll on Beo. He’s tired of this life but peace seems to be something he will never know.

I really enjoyed the addition was ÁstÍgend. I won’t spoil it for you but he stole the show for me, his character shining above others easily.

I also loved the development of Cynan the once thrall who really shows his worth to his lord and there’s a little side story with him that plays out that really give him some depth.

Ok so let’s get down to it..yeh this author holds no favourites and characters will die.. and you know it isn’t going to be pretty. It hit me hard this time..it was a death I didn’t see coming although I knew it could always happen to anyone. The great thing about Harffy is how he uses death to build on the emotional side of his characters which helps you form a  connection with them.

Another cracking tale that really knocks you for six. Brutal has always been my word of choice for The Bernicia Chronicles and I stand by that.

Follow to tour :- (Links will be added when posts go live)

What Cathy Read Next – 19th April

The Secret World of a Book Blogger – 20th April 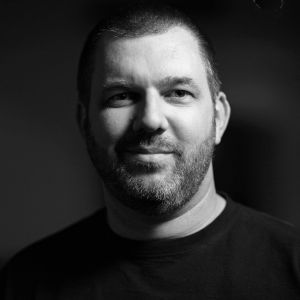 Matthew grew up in Northumberland where the rugged terrain, ruined castles and rocky coastline had a huge impact on him He now lives in Wiltshire, England, with his wife and their two daughters.